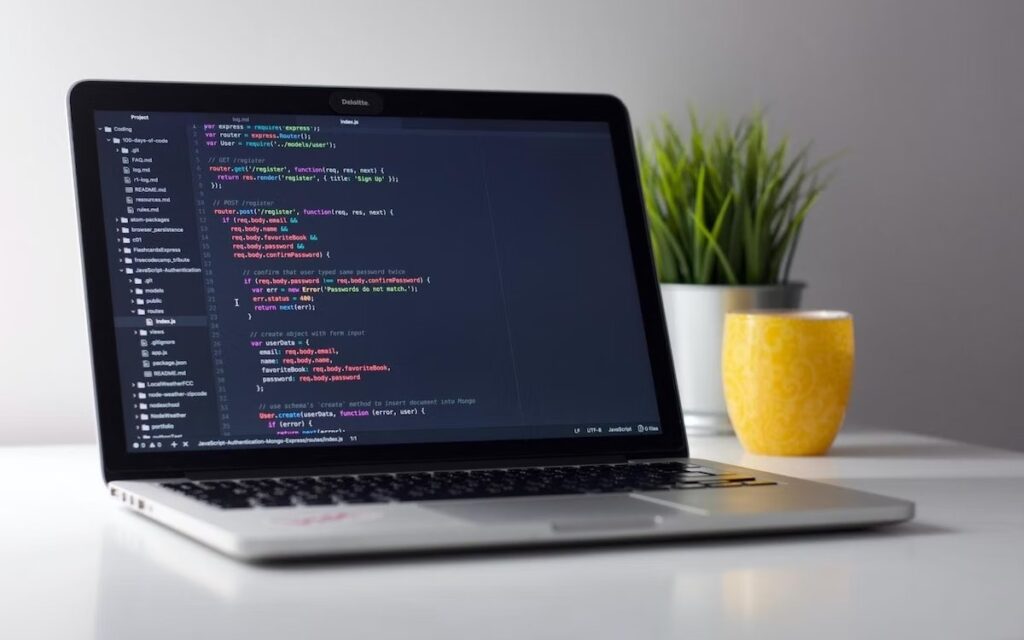 ‘Is computer science oversaturated?’ is a query that repeatedly appears on tech-focused message boards and other forums where aspiring technologists congregate. Commenters are typically eager to weigh in and usually give plenty of opinions but provide very few facts. The question is so challenging to answer because technology is evolving at breakneck speeds, more people are entering tech fields, and computer science is still in its infancy. Technologists have only scratched the surface of what digital systems can do.

You may be wondering whether career opportunities will disappear as more people study the discipline or if reported talent shortages are as dire as sources say. You can learn a lot about where demand is hottest—and ease your mind—by researching high-growth areas of computer science, understanding what employers want in technology hires, and looking at how different computer science degrees can boost your prospects in the field. A program like Tufts School of Engineering‘s online Master of Science in Computer Science can give you the skills and knowledge you need to remain ahead of the curve in a field that never stops changing.

Don’t assume this growth indicates saturation in the field. The year-over-year increase in on-campus and online computer science degree programs—both in terms of the number of programs and degrees awarded—demonstrates only that universities identified a need for more programs, and prospective students responded. It does not necessarily indicate there is a larger pool of qualified candidates for mid-level and senior-level computer science jobs.

There is no way to determine using this data alone whether more students are studying computer science as a research discipline—or in the context of software engineering, cybersecurity, or computational theory. Some people pursue CS degrees to acquire computer science skills useful in decidedly non-technical roles. The distinction (explored in more detail below) matters because computer science encompasses many branches, and there are subfields in each branch. Some are defined by an abundance of talent and more competitive job markets. Others suffer from talent shortages that drive up pay and give job seekers an advantage in negotiations.

Is There a Computer Science Talent Shortage?

There is no overwhelming talent shortage in computer science that impacts each branch of the industry equally, but there is a widespread skills gap. Understanding the difference between talent shortages and skills gaps is crucial whether you are launching a career or looking to advance in computer science. While there are ongoing workforce shortages in some areas of technology—notably, IT infrastructure development, network engineering, cloud development, and automation—other areas are flush with talent. The issue across nearly all areas of computer science is the disconnect between what employers look for and what job candidates offer.

It isn’t enough in the current technology landscape to have foundational software engineering skills or to know multiple programming languages. Employers across sectors look for technology job candidates with holistic skillsets that include scalable hard skills as well as practical experience and human skills. In many cases, organizations struggle to find computer science professionals who bring this mix of skills to the table because so many computer science degree programs build curricula around theory. Students hone in-demand technical skills but never learn how to apply those skills at scale in real-world settings—or how to work well with others. Executives in IT and other tech fields report having trouble recruiting job candidates with soft skills related to problem-solving, communication, interpersonal relations, and attitude.

Tufts School of Engineering is working to change that. In the online computer science master’s program, you will tackle hands-on projects similar to those you will encounter in the working world. You will build applications, develop large-scale software systems, and hone your next-level implementation skills. Additionally, a two-semester, hands-on culminating capstone project tests your technical competencies through independent project work and gives you a preview of what it is like to apply your skills to unstructured, open-ended problems. The online computer science master’s curriculum also prioritizes soft skills development. You will work with peers on projects that teach you to communicate effectively, take constructive criticism, and present to groups in various settings, and graduate with seasoned human skills like patience, planning, and perseverance.

How Can I Differentiate Myself in More Competitive Marketplaces?

Sources assert that computer science careers are “future-proof,” but that’s only true for professionals who embrace lifelong learning. To stay competitive in computer science, you must not only stay abreast of employer needs and industry trends but also reskill accordingly. That can mean researching emerging technologies, learning new programming languages, networking in the tech sector, and earning the certifications necessary to land CS jobs in your specialty area.

You may also need to pursue advanced credentials such as a computer science master’s. LaborInsight predicts the computer science job market will grow by 19 percent over the next decade but also reports that even now, nearly four in ten computer science jobs require a minimum of a master’s degree. A career-focused computer science program like Tufts University’s online MSCS can give you the concrete skills you need to excel in markets with hot jobs and ample talent.

Keep in mind that automation may have a significant impact on which skills are most in demand. As more engineering and computer science roles are automated, employers may care less about technical skills and look for computer science professionals with well-developed soft skills. The World Economic Forum Future of Jobs Report predicts that “many formerly purely technical occupations are expected to show a new demand for creative and interpersonal skills.”

The idea that computer science as a whole is suffering from an oversaturation of talent may stem from the genuine surplus of self-taught coders. The talent pool of Master of Science in Computer Science graduates with years of experience, technical talent, and soft skills to collaborate with technologists and non-technologists alike is much smaller.

What’s the Long-Term Outlook for Growth in Computer Science?

You may be wondering whether computer science will become oversaturated in the future. The answer is still no. Computer science is already an exceedingly broad field with numerous branches—all of which have distinct career paths—but there are many frontiers in computer science left to explore. While the supply of generalist programmers currently outstrips demand, demand for qualified professionals with DevOps, machine learning, graphic processing, and streaming technologies expertise continues to outstrip supply. As technology evolves, new specializations will emerge, and with them, new computer science jobs. Demand for skills related to artificial intelligence, algorithm development, robotics, data science, and cybersecurity may ebb, but technologists willing to reskill and upskill will never want for opportunity.

Some roles and subfields will be automated out of existence, but others will take their place. The U.S. Bureau of Labor Statistics predicts employment in information technology and computer occupations will increase by 13 percent from 2020 to 2030. Employers will create more than 667,000 new jobs—some of which will likely be in branches of computer science that have not been invented yet. Employers will fill entry-level positions in new specialty areas relatively quickly but may struggle to find qualified applicants when posting for lead, manager, and executive roles. With a master’s degree from Tufts School of Engineering, you could be one of the first leaders in an entirely new branch of computer science.

So, Is Computer Science Oversaturated?

The final definitive answer is no. There’s every reason to believe that existing skills gaps and talent shortages will grow as organizations become more reliant on technology—and companies in and out of technology will continue hiring MSCS graduates in abundance. The myth that Silicon Valley is full of college dropouts is just that. Surveys suggest that major technology firms such as Amazon, Apple, Google, and Microsoft have a disproportionate number of employees with advanced degrees.

Additionally, organizations outside of tech that could once get by with a simple website now have complex technology needs related to customer management, e-commerce, and information systems architecture. Some sources predict that every company will eventually become a tech company, which suggests the job market for technologists at every level in different fields will stay strong.

More importantly, it is highly unlikely computer science will ever become oversaturated. Regardless of how many people call themselves software developers or web developers, there are no shortcuts to advancement in computer science. Professionals with solid work experience, advanced skills, and credentials such as Tufts’ MSCS will always be relatively rare and, therefore, will always be in high demand.

Are you ready to take advantage of the growing demand for computer scientists by adding an MSCS to your credentials? Apply online or register for an upcoming enrollment event to learn more about the MSCS tuition and Tufts’ approach to this degree.