Home / Blog / How to Transition into a Data Science Career 

How to Transition into a Data Science Career  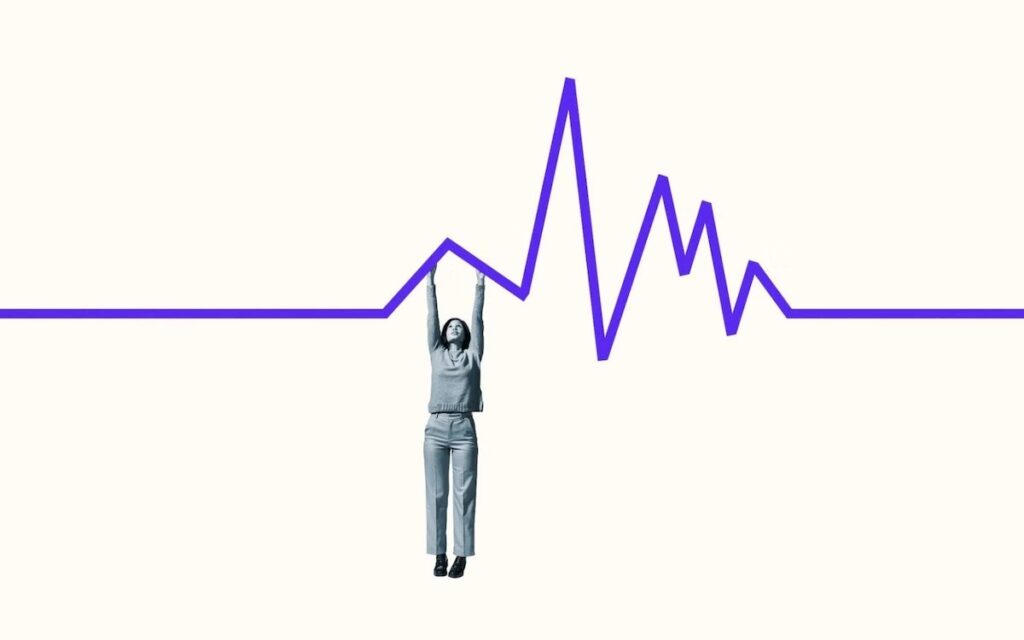 The volume of data created, collected, and consumed each day increases year over year. In 2020, the world generated more than 59 zettabytes (ZB) of data—or the capacity of 230 billion 256 GB laptop drives. For perspective, if each gigabyte in a zettabyte were a one-kilometer-long string, that string would encircle the world 1.4 billion times. The pace of data generation shows no signs of slowing down. By 2025, humans may create 463 exabytes of data each day globally—adding up to roughly 169 ZB annually.

Every minute, Zoom hosts 656 minutes of webinars. YouTube streams 649,000 hours of videos. Venmo users send $304,000 worth of transactions. Instacart users spend $67,000 in digital dollars. And Google processes 5.7 million searches. Add to that the data generated by millions of connected cars, smart homes, texts, VoIP calls, and all the data packets sent over the internet and local networks, and you end up with a treasure trove of information that can drive decision-making in fields as diverse as medicine and manufacturing.

This superabundance of data has created a critical need for skilled data professionals who can analyze and interpret data and turn it into valuable insights. Data scientists leverage powerful software, statistical tools, and models to find patterns hidden in raw information. Because the work they do is highly specialized and technical, they need the kind of advanced education offered in on-campus and online data science master’s programs such as the Master of Science in Data Science offered by Tufts University School of Engineering. If you are fascinated by the power of data and want to know more about how to become a data scientist, keep reading. This guide explores data science as a field, what attracts some professionals to data science, and how to transition into a data science career.

What Is Data Science?

It is easier than ever for data professionals in different industries to use machine learning technologies, examine data, visualize data for stakeholders, and build statistical models—regardless of title. However, data science isn’t just data statistics or business intelligence repackaged. Data scientists use specific tactics to achieve specific aims.

Data science is primarily concerned with looking toward the future using Big Data to see what could be. Data scientists, according to CompTIA, “[design and construct] new processes for data modeling using algorithms, predictive analytics, and statistical analysis. Data scientists have the technical skills to arrange unstructured data and build their own methodologies and frameworks.” According to Indeed, data scientists develop questions and pull datasets from both internal databases and external sources to make predictions about company operations.

“Typically, data scientists use data to make a model to predict something,” says Shigeyuki Tajima, a data scientist at Allstate interviewed for this article. To illustrate the applications of data science, he pointed to how real estate sites like Zillow can forecast the prices of homes based on location and proximity to good schools and amenities such as high-end shopping malls. Big Data powers the prediction engines that generate custom product recommendations on shopping apps. Data science modeling is also useful in logistics, according to Tajima. Amazon Prime can deliver items within two days because it predicts how many people in a geographic area will be interested in purchasing specific items, and it places the specific number of those items in warehouses near the likely customers.

What may definitively set data scientists apart from other data specialists is the educational background required to set out on this career path. Ninety percent of data scientists have graduate degrees such as Tufts’ online MS in Data Science, and nearly half of all job listings in the field of data science require that applicants have master’s degrees.

Why Become a Data Scientist

Some professionals are drawn to the field by data science’s predictive emphasis and its focus on designing new models. Others are attracted to the abundance of opportunity and the relatively high salaries. According to the U.S. Bureau of Labor Statistics, data scientist is one of the fastest-growing professions in the country. Demand for data scientists is high. One survey of technology executives found that 99 percent of those surveyed want to invest more in data, and that has an impact on pay in the field. The average salary in the United States is just under $50,000. Data scientists earn significantly more, with salaries between $121,000 and $149,000.

In addition to being lucrative, data science is also a flexible field that invites specialization and movement across industries. Data scientists can go all-in on one area of the discipline, handling model development, performing analysis, or adapting AI for technical implementation. Many data scientists take on granular work involving software engineering, deep learning, data mining, data visualization, or data architecture.

Data scientists can also move between industries, though many spend their careers in healthcare, business management, marketing, energy, manufacturing, and other fields. Domain expertise is a critical pillar of effective data science and is highly valued by employers. While data science was once largely the purview of tech companies, its reach now extends across industries. In 2017, 41 percent of respondents in the Burtch Works recruiting survey reported working for tech companies. That number shrank to 20 percent in the 2021 survey.

Steps to Become a Data Scientist

There are five steps you can take to set yourself up for success when your goal is to become a data scientist:

1. Learn About the Requirements of the Role

Start by researching the role to ensure it will be a good fit. Assess your comfort level with developing the more technical skills required to move from business intelligence and reporting to designing machine learning methods, building machine learning models, and creating algorithms. You must be comfortable committing to a lifetime of learning because data scientists reskill to remain current as technology evolves.

At its core, data science is, in fact, a science that involves asking questions, forming hypotheses, and making models to test those hypotheses. You will need strong model building and math skills to leverage machine learning and data mining to make predictions about future outcomes with statistical simulations.

Classes in the online MSDS curriculum include Statistics and Stochastic Processes, Detection, and Estimation, which provide a solid foundation in probability, statistics, and prediction-making. You’ll build on your knowledge in Probabilistic Systems and Analysis, which will give you a background in analytical methodologies to model and analyze stochastic phenomena—random variables that change over time. In addition, the core Reinforcement Learning course will teach you to build artificial intelligence models that can iteratively learn from their errors and improve without human intervention.

4. Network in the Field and Related Fields

Research finds that 70 percent of open jobs are not publicly listed on job sites and that 85 percent of jobs are filled through networking. Building connections in your professional sphere is the number one way to advance in any industry. As part of Tufts School of Engineering, you will build relationships with peers while tackling tough data science challenges together. You will receive faculty mentorship and tailored career guidance. Professors hold dedicated online office hours to provide continued support and mentorship. They also post information on the School of Engineering’s Piazza board detailing research and internship opportunities, as well as information about scholarships, hackathons, career fairs, and opportunities for professional development. Once you graduate, you can tap into Tufts’ network of more than 100,000 alumni worldwide.

Successfully transitioning into data science involves meeting heightened employer expectations head-on. Fortunately, you don’t need to quit your job to reskill and gain the credentials necessary to enter this high-impact field. Tufts’ online master’s in data science program combines the flexibility of asynchronous project work with collaborative synchronous classes so you can train to become a data scientist without sacrificing income or putting career advancement on hold.

Is Becoming a Data Scientist Worth It?

Data science is the future. Automation and sophisticated tools have made data science more accessible to organizations. However, as much as employers want to take advantage of data insights, they don’t necessarily differentiate or even know how to distinguish between roles for data professionals. Some job listings require early-career data scientists to have machine learning skills or years of experience working with predictive models. Others advertise for data scientists, but the responsibilities associated with the role are those traditionally handled by data analysts. There is still a lot of confusion about what data science is and isn’t.

However, don’t let that dissuade you from exploring this career path if you’re excited to harness the power of data in your field. Titles increasingly mean less than demonstrable expertise. Someday, broad distinctions such as ‘data scientist’ may give way to titles such as data mining engineer, data warehouse architect, data visualization specialist, data engineer, and business intelligence developer.

It is up to you to decide whether transitioning into data science is the best career move. If it is, strengthening your data science skills and updating your credentials in Tufts’ online MSDS program is an intelligent choice. As a Tufts student, you will benefit from the flexibility of the data science master’s program, small class sizes, world-class instruction, and Tufts’ reputation as an elite research university. Though the program is part-time, you will be fully immersed in data analysis principles, methods, and practices as you build the analytic expertise to guide high-level, data-driven decision-making.

To excel in a changing data science landscape, you should think seriously about preparing as soon as possible. Earning a bachelor’s degree is only the first step, and completing a data science bootcamp will not be enough. There is no getting around the fact that success in 21st-century data science requires advanced skills and advanced credentials.

Prepare to succeed in a data-driven future now by completing Tufts’ online MSDS program. Apply online, or learn more about what admissions committees look for in data science master’s applicants.