Are Data Analysts in Demand?

Organizations collect more data than ever before, and the quantity of data available to those organizations is growing year over year. In 2020, humanity created, captured, copied, and consumed more than 59 zettabytes (ZB) of data. That figure looks formidable until you consider the International Data Corporation (IDC) predicts there will be 175 ZB of data in existence just a few years from now. Locked in all that data are the keys to changing the world for the better, but according to research conducted by Seagate and IDC, most of it goes unused. Organizations utilize less than a third of the data they collect.

It is not surprising, given how many challenges organizations encounter when processing, managing, storing, and accessing data. Finding qualified, skilled data talent is one of them. Data science talent shortages make headlines, but many people are unaware that there is also an ongoing and acute data analyst shortage—particularly in tech.

The simple answer to the question 'Are data analysts in demand?' is a resounding yes. The Big Data Analytics (BDA) market is worth hundreds of billions of dollars, representing millions of jobs. According to a McKinsey & Company report on reskilling, executives and managers surveyed reported the most significant skills gaps in their organizations are in data analytics. And IDC reports that banking, manufacturing, IT, business services, and telecommunications all invested heavily in BDA in 2021. That's good news for data analysts, but these facts alone don't tell a complete story about the demand for BDA talent.

Aspiring and established analytics professionals need to be aware that many employers are looking for data analysts with skills and credentials closer in scope to those of data scientists. The analysts most likely to close the BDA skills gap will likely be those with advanced degrees such as Tufts University School of Engineering's Online Master of Science in Data Science (MSDS). If you're questioning whether pursuing a master's in data science is worth it when you're happy as an analyst, keep reading to learn more about how the growth of data science is fueling demand for analysts and why analysts are enrolling in data science degree programs.

What Do Data Analysts Do?

A data analyst's day-to-day duties may or may not reflect their title but will nearly always be influenced by two factors: the kinds of data they work with and their employer's expectations. Some employers look to data analysts to drive business decision-making, and those data analysts may spend their working lives finding business intelligence insights in information. Analysts who work with raw data, on the other hand, may use statistical analysis and tools to clean up data—much like a data engineer. Some analysts have employers who expect them to identify questions, find the correct data, and generate answers the way data scientists do.

How to Become a Data Analyst

Many guides to this career path assert that a bachelor's degree is all you need to land a data analytics job. That may be true for entry-level analyst positions, but professionals in senior analyst roles often have advanced degrees. Ambitious data analysts traditionally pursued undergraduate degrees in mathematics, statistics, computer science, business administration, or business intelligence. There are now dedicated data analytics, Big Data, and even data science bachelor's programs, but there is still no optimal educational pathway for data analysts at the bachelor's degree level.

Many employers are less concerned with the undergraduate degrees on early-career and even mid-career applicant resumes than whether applicants have skills related to data cleaning and preparation, data mining, data security, data visualization, dashboard creation, R or Python, regression analysis, and statistical modeling. More experienced BDA professionals may wonder if they need a master's degree if they already have those skills. Whether you need a degree such as a master's in data science to become a data scientist or senior data analyst will depend on many factors, such as the job market in your area and your past experience. However, there is no question having a master's degree in data science will help you compete in more challenging job markets, qualify for senior and management positions, and transition into higher-paying data science roles.

Are Experienced Data Analysts in Demand?

Demand for Data Science and Analytics (DSA) specialists of all types is high. According to the U.S. Bureau of Labor Statistics, statistician—a job category encompassing data analyst and data scientist—is one of the fastest-growing occupations in the United States. The World Economic Forum's Future of Jobs report predicted that demand for data analysts would grow as new technologies increase the quantity of data organizations collect and store. In fact, demand for data specialists has outstripped the supply of professionals with strong data analytics skillsets to the degree that analyst salaries have gone up.

According to the latest Robert Half Salary Guide, experienced data analysts earn about $103,000—an average salary comparable to that of the average data scientist. There was a time when data scientists outearned data analysts by a significant margin, but data work is now much more collaborative. Professionals in specialist roles (e.g., business analyst, scientist, engineer, architect, or storyteller) handle different but equally essential elements of data collection, processing, storage, and analysis.

There is surprisingly little consensus regarding the difference between data analysts and data scientists. Business technology consultant Rick Delgado asserts that data analysis involves "combing through data to find nuggets of greatness that can be used to help reach an organization's goals" and "tends to be slightly more business and strategy focused" than data science. Meanwhile, Adam Hunt, Chief Data Scientist at RiskIQ, asserts that organizations use data science, not analytics, to draw "conclusions that drive your data forward," and that data science "has more to do with the actual problem-solving than looking at, examining, and plotting data." The Institute of Apprenticeships (IfA) draws its own distinctions. According to the organization's apprenticeship standards, data analysts "collect, organize, and study data to provide business insight" while data scientists "find information in diverse data sets to address complex problems and improve organizational processes."

The confusion surrounding the delineation between these roles may result from a lack of absolute industry standards. Hiring managers, not professionals trained in DSA, create and assign job titles. Additionally, the gap between data analytics and data science is narrowing as new tools and processes make it easier for data specialists to examine data from multiple sources, use technologies related to machine learning, build statistical models, and visualize data.

Making the Transition from Data Analytics Into Data Science

You will need to earn a master's degree if your professional goals include moving into senior analyst positions, director-level data analyst roles, or technical data science positions. However, advancing in a BDA career involves more than adding credentials to your resume. There is ample evidence that data professionals go to graduate school to upskill, not the diploma. One Kaggle Machine Learning & Data Science Survey found that 70 percent of data scientists who pursue master's degrees do so to "gain more knowledge." Specifically, knowledge of multivariable calculus, linear and nonlinear algebra, programming languages, machine learning, AI, and other fundamentals of data science.

Tufts’ interdisciplinary, collaborative MSDS curriculum meets the needs of ambitious data analysts and data scientists by preparing them for advancement in a field with ambiguous (and changing) standards. Data science master's students take core courses such as:

The Answer to the Question 'Are Data Analysts in Demand?' Is Complicated

These and other semantic issues can make determining the actual demand for data analysts in the United States challenging and may frustrate your efforts to identify the academic pathway that will best support your career. However, you can rest assured that earning a Master of Science in Data Science such as Tufts' online MSDS will help you stay competitive in a confusing employment landscape. Your current employer may not expect you to have machine learning or predictive modeling skills, but future employers might. They may also expect you, an analyst, to have the graduate-level education most data scientists have. With an MSDS, you don't have to choose one discipline over the other or worry about titles. You can advance in analytics or data science, confident that you have the skills, credentials, and adaptability employers are looking for now and throughout your career.

Are you ready to take the next step in your data science journey? Sign up for an upcoming enrollment event, read more about the cost of an MSDS, learn how long it takes to get a master's in data science, or apply online.

What to Read Next 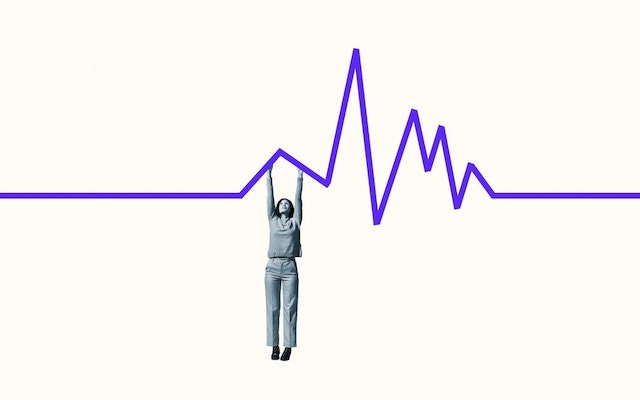 How to Transition into a Data Science Career 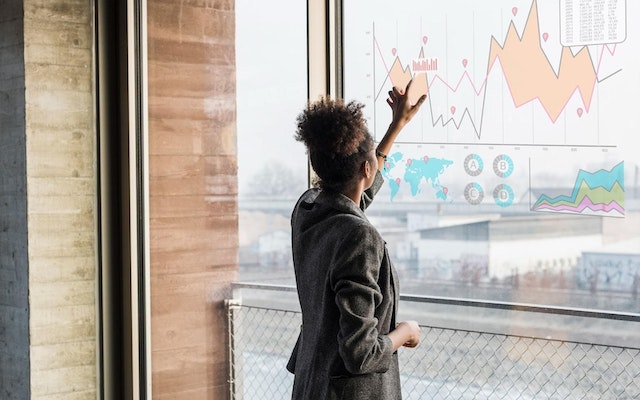 Why Data Science Is the Future